Automatic Mario Mindfuck of the Day: Someone with more time than a firm sense of how to use that time productively (our kind of guy/gal) has strung together four screens playing automated Super Mario World levels programmed to mimic the four parts of Queen’s “Don’t Stop Me Now.”

Forget putting this together: I got winded just watching it.

You know, as much as I love this, I can’t help but think that if this person had spent the same amount of time making this monstrosity on- .. I dunno, learning science, we could probably have cancer cells singing us Queen songs as opposed to.. Mario.

The other Gunshow comic I posted earlier was good, but by the time I had finished laughing at the top comic, there was a single tear streaking down my right cheek. Oh my god, oh my god.

Weezer can write really good pop songs. I don’t really know what to add beyond that. That “GIRL!” that launches each chorus is fun to sing? The video is incredibly silly? The album cover has a flying dog? If I have a complaint, it’s that the lyrics are so desperate and awkward.. But I suppose that’s part of the silliness of an album with a flying dog on the front.

If you’re wondering if Weezer wants you to, they want you to.

written in the vein of a humor op-ed in the New York Times. Enjoy!

With the release of blockbuster disaster film 2012 this past week, it seems like the panic over the end of the world is reaching a fevered pitch. Since this catastrophe looks to be as destined to occur as the Y2K bug, I wanted to ease the fears of as many people as possible while also providing some objective information.

One of the earliest American cultures was the Maya. One of the Mayans’ greatest accomplishments was their power to predict the future, which as we all know allowed them to know exactly when conquerors from Europe would come and infect them with smallpox. They would use their intricate calendar system to track the pattern of the stars. In fact, they were the first to pinpoint that the Sun is what regulates the night and the day. Pretty cool, right?

The Mayan calendar moves in cycles, similar to Britney Spears’ sanity. It reads that on December 21st, 2012, a global cataclysm will rock the Earth, ending life as we know it. Then, if you decide to read it the way it’s supposed to be read, it says that nothing at all will happen— But that’s neither here nor there.

People looking to the Mayans for the truth are encountered with naysayers daily. The believers tend to counter that hateful logic and angry rationalism by pointing to the many lasting developments and traditions the Mayans have given us. I, for one, tend to get misty eyed when the winning team at an NBA game has their hearts torn from their bodies for the crowd’s bloodlust.

We also have to recognize that the Mayans gave us the world’s eminent religion: Quetzalcoatlism. At the end of the year, when I put up my family’s Blood Serpent Tree and hang ornaments with my parents, I know that our benevolent snake-god is smiling down on us— that is, until he decides the time is right to rain fiery destruction upon the world.

Those who follow this Mayan calendar believe that when the clock strikes midnight on the fateful day, the North and South poles will switch on the Earth and Santa’s workshop will be thrown into utter chaos! Let’s also not forget the confusion of thousands of penguins when it comes time to migrate. Besides that, some earthquakes and lava might happen, but think of the cute elves trying to make presents and losing track of where they are!

Even though people are quick to point out reasons that the world is ending, (global warming, the Iraq war, Amy Winehouse stalking the streets at night,) we have to remember that there are just as many signs that the world is doing great. For instance, just last week the Yankees won their 27th World Series! … Wait, no, the Yankees suck.

Well, since it’s unlikely I have managed to convince you that the world is not ending, I wanted to relieve everyone of the one main fear on their minds: When the end of the world does happen, everyone will die- which surely includes John Cusack. There’s no escaping this time, Cusack!

I don’t know any of these people.

Just kidding, it’s the exact opposite I know every single one of them!

I present to you The Union Squares (a.k.a. The Baroque Ass Bitches)

I just never expected anyone to ever do anything like this.

Come see this movie on Friday! I am in it, basically playing a more socially maladjusted version of myself. There’s juggling and such!

You can read about the movie at the website and see the information for the Friday showing here. 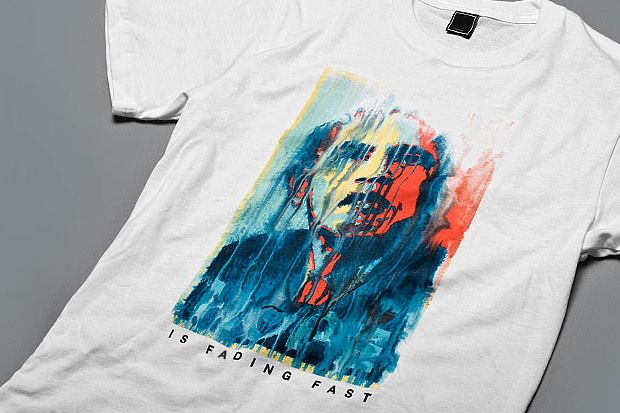 Tee of the Day, Too: “Hope is Fading Fast” from Freshjive.

From re-uping the Patriot Act to expanding involvement in Afghanistan to defending DOMA to laughing off legalization, Obama has managed to do many disappointing things in his short time in office. And hope for change is fading fast.

Reblogging this not for the t-shirt, but for the links. Cause it’s true, and it’s sad.