Dunbar’s Number suggests that the maximum number of people your brain can manage an emotional connection with at any one time is ~150.

It would take 187 years worth of time for everyone, with no overlap and in a vacuum, to lose a loved one to gun violence.

I’m not a statistics guy; using Dunbar’s Number in the first place isn’t even scientific, but I would bet that if you had to number the people you would openly sob about should they die (like I did about Mitt) it would be less than 150, so it should be fair for the purposes of this piece. With all of this, we should agree that a very generous proportion estimate for the number of people left emotionally distraught thanks to a gun homicide is 0.5% yearly.

And now I’m going to let emotion take over. I think there’s a point to my conclusion here, and if you meet me halfway by keeping the above proportion in mind, it will at least make some sense no matter what your opinion on gun control is:

I want to get rid of guns.

How many gun show attendees, browsing racks upon racks of weapon options, let their eyes fall on a Glock and remember that one was used to execute a friend? How many Smith & Wesson lobbyists live in an area with any gun violence? How many suburban conservative white gun-owners have had a loved one shot through the chest and left to bleed out in a fucking drive-in theater parking lot? How many of the most vocal proponents of the right to bear arms have had arms borne against them?

If you think my position on gun control is extreme, I urge you to remember that I’ve been through an extreme situation. A situation that’s being called a gun “accident” by the defendant’s lawyer. And if this sort of havoc can be brought to my life by a gun “accident,” what destruction can a person with purpose bring to our lives? And if you are willing to allow that sort of destruction because you need a handgun to protect your milquetoast spouse and 2.5 kids from the eventual night when uzi-toting criminals (minorities, naturally) raid your gated community: fuck you. If you’re okay with letting me suffer like I once did/am doing/will continue to do because you’re paranoid that our government is going to finally attack its own citizens and you’ll need a .22 cal to defend against its tanks, missiles, air strikes, drones, nerve gas, etc: fuck you. As someone who can identify with choosing pleasure over personal responsibility, I can most understand the reasoning of people who just want to shoot some beer cans off the backyard fence every once in awhile. But if you would rather have that over letting me have my friend alive: fuck you.

I realize this is just as emotionally-charged as the platform of the people I’m railing against, but I might be able to convince you of a distinction: my feelings come from loss in my heart and their hearts are full of fear. Fear that they chose! They are afraid, they are such scared pissy beings (I mean I imagine them so frightened that they cannot ever cease pissing), they need protection, they can’t accept the tension of existence. I do not need a gun because I go out into the world with my eyes open and myself ready to die; never ever ever willing or wishing death, but knowing that it can happen, it can happen to anyone, and it has just as much of a chance as coming from a bullet as from a meteor or a stroke, and the infinitesimal ward of a weapon on my person is just not worth knowing I’m contributing to a culture of killing.

And that’s where I’ll land, cause this is my tumblr and I’m sick of looking sad in this coffee shop. They choose fear. I choose love. Good for me.

I have so much to do and I just spent the last two hours composing this because I couldn’t help myself after reading the article. Thank you for being my friend. Please realize that I can be friends with people who hold a less extreme position than me even when I say “fuck you” to the tiny little part of them that I dislike. That’s what I mean by choosing love. I miss Mitt.

The trial of the man who murdered my friend Mitt Lenix began this morning.

Weekend anthem #2 of 2. Holy shit she can rap a lot better than Ke$ha can, but so can Anne Hathaway. And I love Ke$ha!

Weekend anthem #1 of 2. There were at least two taxi rides and three incidents at a party where I tried to find this song on Youtube, but for some reason apps with access to the YT servers cut out a TON of unofficial song releases. Something to do with international access maybe?

This is like arriving at the sister strip club of “Rack City,” but here all the dancers are smiling and there’s lush carpet rather than cracked concrete.

This video was sent to me this morning by an ex-boyfriend of a girl I’m flirting with, both of them Los Angelinos that I’ve met since I moved out here. I’m happy that I’ve established myself enough in my new home to anger people with my love.

(This song is honestly funny, like a silly, raspy G-Eazy.)

If I stop posting u then how will i c ur messages, lil Shebez???

I kinda wish that I was the Brian in this conversation just to see what living in this family is like. but just for like a day

As soon as this track opened, I knew I was home. In my apartment full of fluorescent light where I can crank up dark-pop and scream.

Charli’s album has been a long time coming, as “Stay Away,” a jam in its own right, was released/looped on my headphones nearly two years ago(? I think? I’m not checking). Even better, this song samples “You” by Gold Panda (a jam in its own right), which I first discovered thanks to Hood Internet’s mash-up (a jam in its own right) of that song and Lil B’s “Real Life” (a non-jam in its own wrong, because it’s not good at all). So this is a real confluence of good feelings right here. And I still have the next ten tracks to finish out. Yes.

I hope her real last name is “Ecksiex.” 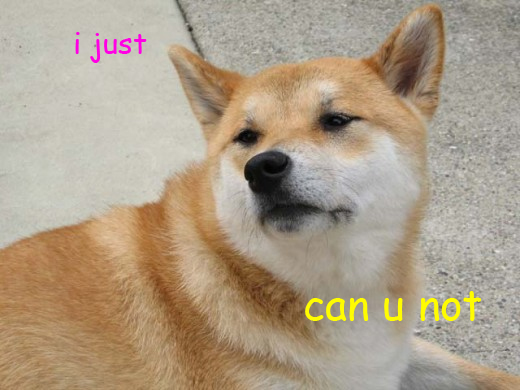 what i say to people

This band was my introduction to house music. Road trips at the age of 11, Dad received his first and, to this day, only speeding ticket blasting “One More Time.” And as much as I enjoyed the crunchy post-Justice stompfest of Human After All, and as little as I enjoy this sort of light funk crooning in pretty much every other band’s music, there’s something very sweet and cute and inspiring about this. It’s just so basic and straightforward and… Pop. I’m really looking forward to Random Access Memories.

Oh twinkle I miss you!

No, Cara, you mustn’t. Please. I’m afraid my heart will fall out of my butt it is so weighed down with love for you.