Once again, all these songs were set aside… Waiting… Waiting for me to assemble them into the seventh playlist of the year. A lot of top jams here: “She Talks Too Much” is somehow venomous and wistful, “Wow” is a perfect summer song arriving during the hottest LA months (even if they’re practically fall), the beat of “Work Work” makes no sense but work works, Nelly continues to crush his features with “Millionaire,” and, regardless how you feel about the flick, the Ghostbusters soundtrack provided two excellent pop constructs.

But also: get hype for August and September. Holy wow have I made some great discoveries. 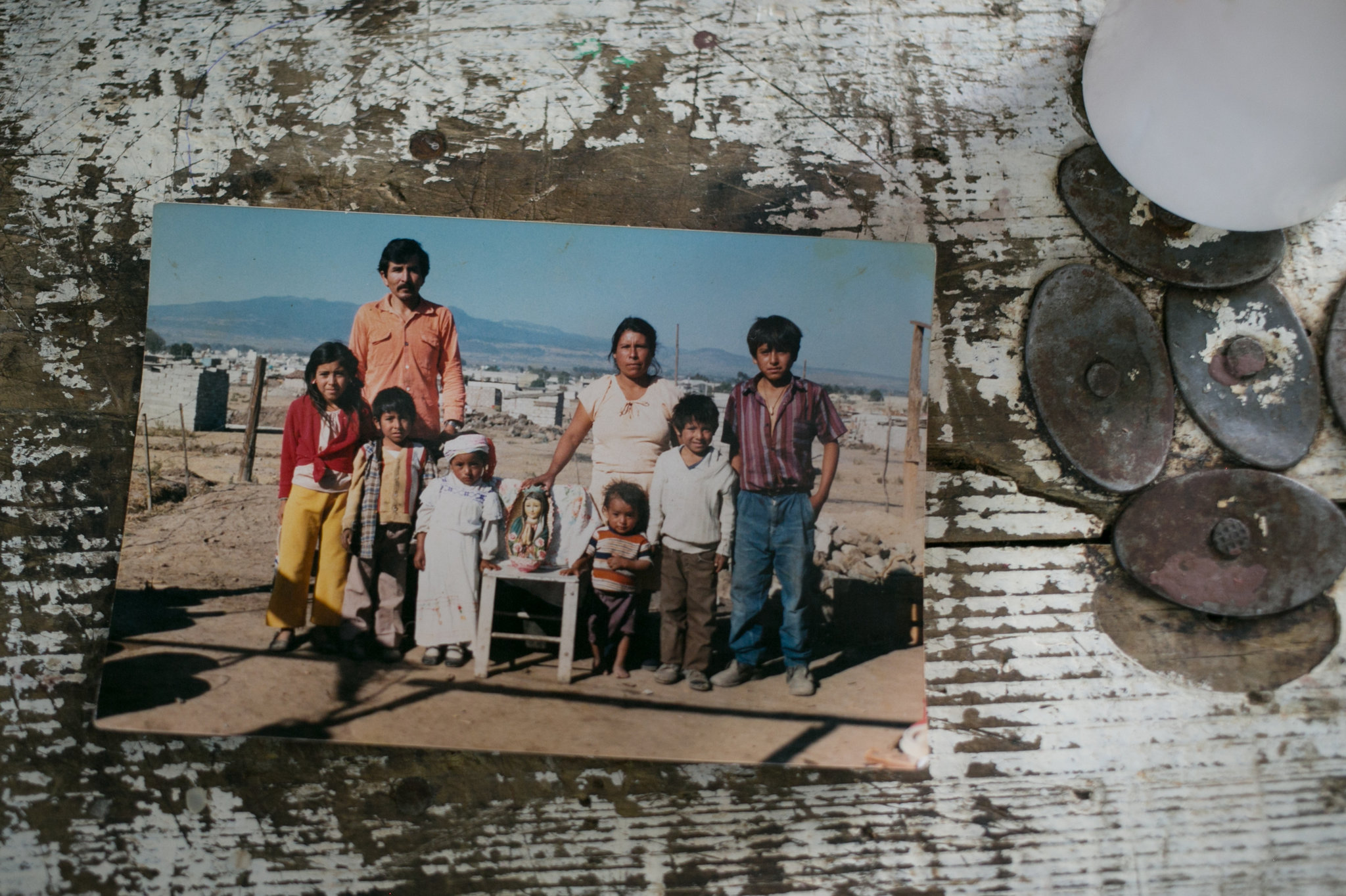 This year The New York Times has been writing up every murder in the 40th Precinct of the South Bronx, one of the most murderful chunks of the city. Here’s the latest. I devoured all the preceding installments about three weeks ago. I love this true crime lens applied to victims (or criminals!) who otherwise might not even receive an obituary. Look to the left-hand column for the other dead. Plus, if reactions across the internet are any indication, it’s pissing off conservatrolls that folks living on the fringe are receiving compassionate treatment.

I could post any of the multiple post-mortem pieces from the front page of Gawker today, the day of its final posts. But I found myself dwelling on this article as I scrolled through the rest. It took the internet by storm at the time; enough that, no matter how many angles for or against smarm you found… We were left with the conclusion that smarm must exist. We all knew what it was, but we didn’t have its name until this was published. We had snark, obviously, but we didn’t have the opposition steadily mounting against it.

Peter Thiel is a smarm fountain, gushing at opportune moments. Any Facebook overlord must be, it’s the soulless (just look in his eyes) ethos of Mark Zuckerberg: “we’re a company and our product is relationships.” No, obviously not. A pause for thought reminds us that behind all the goodwill is the data we’re providing, our product, us product. Smarm is what Facebook at large and Thiel (at small) uses to insulate his machinations, like peanut butter smeared in a thick coat around a rotting apple.

I hear that Thiel was mad at being outed in 2007, and I hear the defense that he was in Saudi Arabia at the time, a country where he could’ve been imprisoned and executed for his predilections.

Are you kidding me? No matter what, Thiel gets his way. Nobody would execute him; crime dramas like The Sopranos, Boardwalk Empire and The Wire have explained power’s function to me, that you can always buy yourself out of a dangerous situation. Much more likely that a business deal of Thiel’s fell through, that his homosexuality ruined the potential for that much more money from the Middle East. And just like that, because of Gawker being mean, we’re supposed to support the gay man who wanted to hide his gayness in order to collaborate with the (admittedly arguable) source of contemporary global terror. But I’m just speculating. Rambling, because it’s late and I’m sad, and I’m seeking ideas I haven’t read. Some might call them conspiracies.

But during this mental walkabout, I did just stumble on something that I believe has gone unmentioned: for all the complaints about Gawker’s targeted vivisections, why didn’t any of their unwilling subjects say “no, you’re wrong?” Why didn’t they write into Gawker and say “would you be willing to publish my response?” and even if Gawker refused, why not publish your response on your own goddamned massive platform with a disclaimer that Gawker refused to publish it?

Here’s the answer, and I can’t believe it took me so long to figure out: they’re probably idiots. They are, at least, dumb. They don’t know how to write a retort. They stumbled upwards, lucky enough to be born pretty, or in the right school district, or far away from hard drugs (here’s where I’m coalescing my recent readings of Hillbilly Elegy and How Nonviolence Protects The State) and they bypassed the meritocracy, the one that only really exists on the fringe between the middle and lower class. They cannot bear to be a target because they hopelessly flounder and squirm as a reflex, and their PR people say “oh no we’ll just remind everyone else that they’re being the mean ones, and you’ll be loved.” So they make a Facebook post or a tweet that says “wow some people just are so mean @gawker” And maybe it worked to win us over, but they’re still the dumb ones. They could never hope to refute what was said about them, because they can’t grasp it, because their power is a happy accident. They’re only aware that the meanies were mean. Oh no.

Okay, so in that way, in the way that they can’t compose an elegant rebuttal to a professional writer, they’re the same as the rest of us. I’m not saying they’re lesser people! I’m saying they’re same people! And that shatters an illusion, right? That’s what Gawker, at its best, did: it made the powerful as powerless as us plebeians. Peter Thiel is straight up too fucking dumb, too fucking lazy, too fucking senseless to put hands to keyboard and write “guys, I didn’t appreciate that, here’s why” in a way that promotes his humanity and his sympathetic side. He’s boring, thoughtless, and for all of his airs of technocratic utopia, he’s single-mindedly focused on the simple.

So instead, he sneaks. He sanitizes. He smarms.

EDIT – From a several months old article in The Hollywood Reporter comes this e-mail quote from Gawker founder Nick Denton as provided by one of the site’s targets, journalist Michael Wolff:

“Denton immediately emailed me and, in our exchange, apologized for the Gawker coverage about my girlfriend and forthcoming baby: “That description of Victoria was mean and pointless.” Then he added: “I do wish there was a better way to address insults without storing up resentment … I would love to institutionalize and automate some right of response. Even the most insolent of Gawker bloggers is better and more reasonable in an exchange.“

Denton saw it. That Gawker’s victims were unwilling/unable to defend themselves, or saw a public defense as gauche. The onus isn’t on Denton, though. Total morons.

Well, here’s one that I can’t ever put on a mixtape for a woman. Unless it’s the only one worth putting on the mixtape. Listen and you’ll understand.

But it’s not just the sexuality that has me into (like enjoying, not penetrating) this spiritual homage to NIN’s “Closer,” it’s the vulnerable belting of Vall~ey and the slow build of the vocals over the trudging, thrusting steamworks beat. It was the start of summer that I discovered “Waves,” and months earlier that I found “Coffee;” wonder which next song from this album I’ll first hear around the holidays and immediately fall in love with?

The prevailing online marketing strategy for brands in 2015 is to blend in with the children, become just another bae to fave and retweet.

It shouldn’t have to be said out loud to sentient human beings that this is bad. But it is. It is sinister and bad and says a lot about how we have collectively lost our minds as a species. I’m afraid and sad for everyone.

This year-old article is on the banner at Gawker today, which is fortuitous considering it’s one of my favorites, due for a re-read. A quick, crucial message about navigating the funhouse mirrors of the internet, and a read that’s centered around the sort of stunt we should all be pulling (Gawker’s injection of a Coca-Cola bot with Mein Kampf quotes, and the ensuing backlash courtesy of, presumably, non-employees of Coke).

I follow their model. Our relationship with brands should be one of active antagonism. They war for our attention and adoration, and the best tactic we’ve got to counter them is pointing out the thirst for blood behind their grimaces.

(Yes, I am still dwelling on the “death” of Gawker’s independence. But I hate their brand too.)

Never expected to hear someone talk about flash mobs like this.

Copeland has taught at Oberlin since the nineteen-seventies. He was puzzled by many things about today’s students—“They do not make eye contact! They do not look into your motherfucking eyes!”—but what galled him most was their apparent eagerness to go over their professors’ heads.

From this few-months-old article about the current college culture wars. I loved this quote because it evoked all my favorite professors and teachers from throughout my education.

Meanwhile, I may feel like I have a lot of trouble functioning, but at least I’ve got this skill down pat. I love eye contact. Like smiling during conversation, it’s such an easy way to trick people into thinking you care.

I found this photo on the Facebook of a woman who lives in the Bronx’s Mott Haven neighborhood. It was captioned “MOOD.” It was the most valuable find of an hour-long Facebook wander.

It’s upsetting to think that if I had focused more on critical writing or plied some NY internships a bit more, publications might be tapping me to write articles like this (or at least I’d feel confident enough in my talents that I’d write ’em on my own and shop ’em around). But nope! I’m stickin’ to jokes. At least I get to read the strong videogame music analysis that I’ve desired since I was approximately 11 years old.